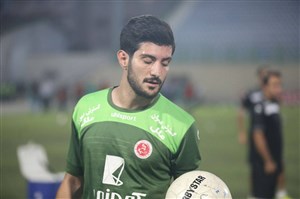 According to “Daneshjo International”, Mehrdad Bayrami said about the game with the fans: “We did not play well against the fans and I think we lost.” We were not focused enough during this time and I think these two weeks off will help us a lot to be able to improve our team.

He explained about the performance of the phenomenon in the new season: the game with Arak Aluminum that we played with the window closed and the second game we did not go and the third game the window was closed again and before that we did not have 10-12 days of training and none of the children were in good condition We did not, and during these two weeks of vacation we can have regular and continuous training and be able to achieve good conditions.

Bayrami continued: “In these three or four weeks, we were not satisfied because we did not have the focus of the match and the conditions were chaotic.” Now the situation is getting better.

Padideh player, referring to not attending the game against Mes Rafsanjan, said about the management problems of this club: “Our problems are not hidden from anyone, but the problems were inside the club and we should not have participated in the match, but we decided to solve these problems.” Now the situation is a little better than before and the management has promised to solve these problems that all children have. With these problems solved, I think our team is not a bad team and we can get much better results. We have not been ready for the match at all in the last few weeks.

He added: “Management has promised to solve the problems and I hope the management will support us because if it does, our situation will surely be much better.”

Asked if the players’ claims had been paid, Bayrami said: “Last year’s contract was not settled, but ten percent of this year’s contract was paid and the players promised to solve our problems.” I hope the management supports us and we can get better results because this is not the merit of the people of Mashhad and their position is much higher than these words.

The Padideh striker said about his situation in the first four games of the league: “We had good training before the season and the conditions of the team were good until we closed the transfer window in the first game and my focus and that of the whole team went to these marginal issues.” . In these two weeks, we focus so that we can get the right results. I was the same and I was not focused and I hope that in the period when the conditions get better, our thoughts are on football and not on managerial problems.

Predicting Padideh’s performance in future games, Bayrami said: “We are not in a good position in the table now, but the distances are very close and everything will change with one game.” For us, the matches will start from the fifth week and we are going to start from the game of the fifth week against Zobahan and you can be sure that the situation will be much better. We ourselves are upset by this situation.

Editor suggestion
Action to improve the image; The Taliban appointed a Hazara Shiite to a local post

In the end, referring to the two friendly games of Padideh team with Persepolis and Gol Gohar, he said: “Friendly games can help us a lot.” We can work more with newly added players. Many teams had a lot of friendly games before the season, but we had other problems that we hope will be solved.