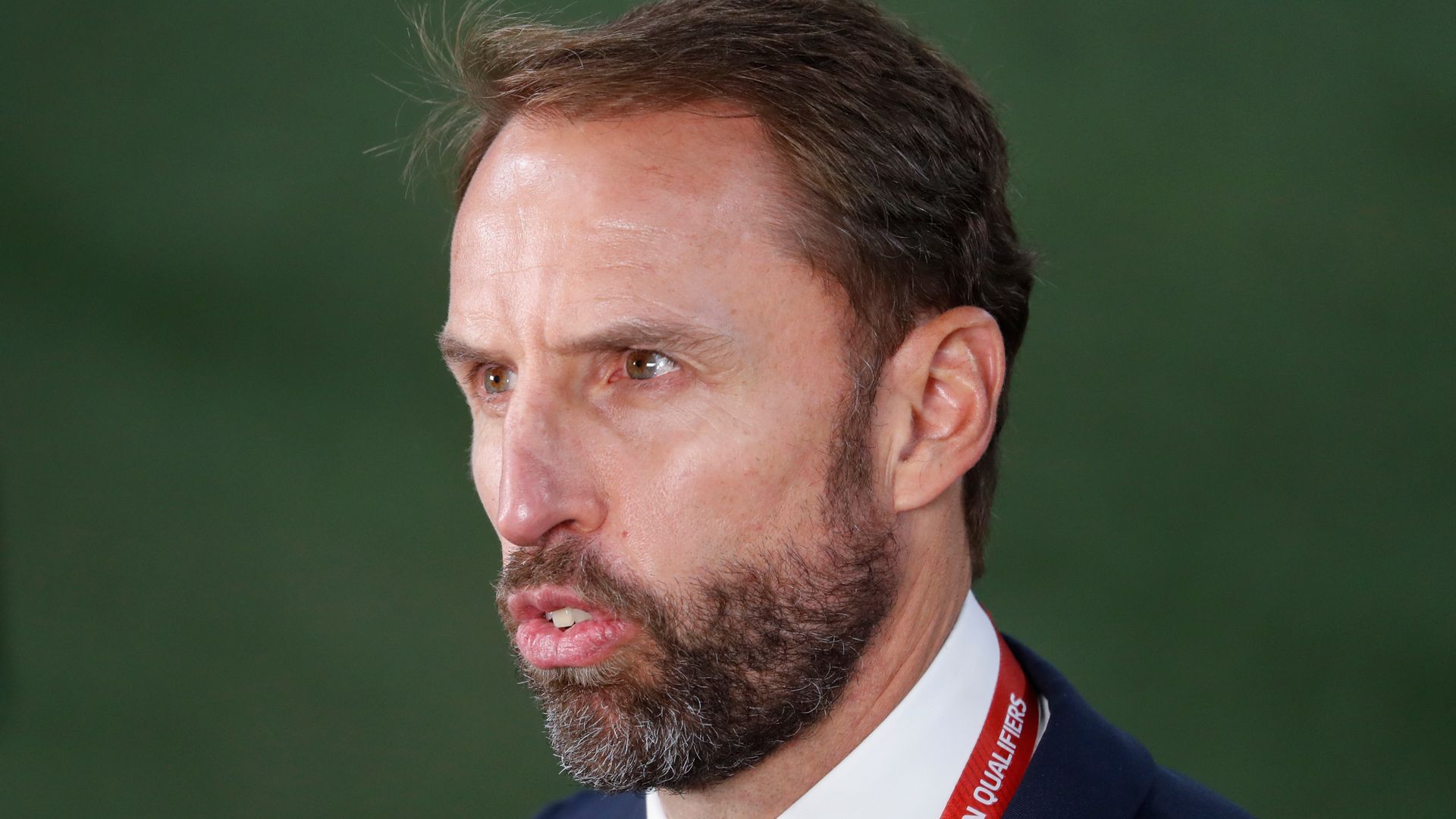 Gareth Southgate insists his England side could “look very different” by the time of the 2022 World Cup.

The England manager named the same starting XI for the World Cup Qualifiers away to Hungary and Poland in the last week.

That side also contained 10 of the 11 players who began the Euro 2020 final defeat against Italy in July.

That implies Southgate has a settled starting line-up and – with qualification for the World Cup likely to be assured next month – it would be easy to suggest he will stick with his current crop.

But despite having just five camps between now and kick-off in Qatar next November, Southgate has left the door open for players to earn a spot in his team.

“So although this team has looked settled from the summer and into this camp that can look very different in 14 months time.

“There are young players emerging, there are players who are in a rhythm at the moment. We’ll be playing in the middle of a season where injury…there’s only seven days between the last league game and the finals.

“So there’s a lot that can happen with the squad but first and foremost we’ve got to get next month right because given the points we dropped [in Poland] we’re still not assured of our place yet.”

Editor suggestion
Your Batteries Are Due for Disruption

England sit four points clear at the top of Group I after taking seven points from a possible nine in the recent triple-header.

They looked on course to retain their 100 per cent record in World Cup qualification until Damian Szymanski headed in an injury-time equaliser for Poland in Warsaw on Wednesday night.

Despite the setback, England are still the favourites to advance and Southgate was pleased with the way his squad dealt with the blow of losing on penalties in the final of Euro 2020 to continue their quest for qualification.

“The players have done a fantastic job across the 10 days and the three matches,” he added.

“I think, the way that they’ve responded to the disappointment of the final, the way they have picked the baton up from that – a lot of the other teams in those latter stages haven’t done that.

“They have taken on two very difficult away games with no away supporters in, packed attendances and really controlled those games well so I couldn’t give them enough praise and credit for what they’ve done.

“I wouldn’t say that there is a concern over the younger players in particular, I think you’re assessing everybody and to see how they’re going to respond.

Editor suggestion
Menstrual hygiene is a way to prevent diseases

“I think as always you learn a lot about the team when they play away from home, the resilience that they have, the control that they have and making sure that they’re able to cope with the atmosphere as well as the game.

“This is two tests that we haven’t had for quite a while playing away from home in front of full houses and of course with no away support at all – so that is a good experience for us and I have to say the players have come to that really well.”