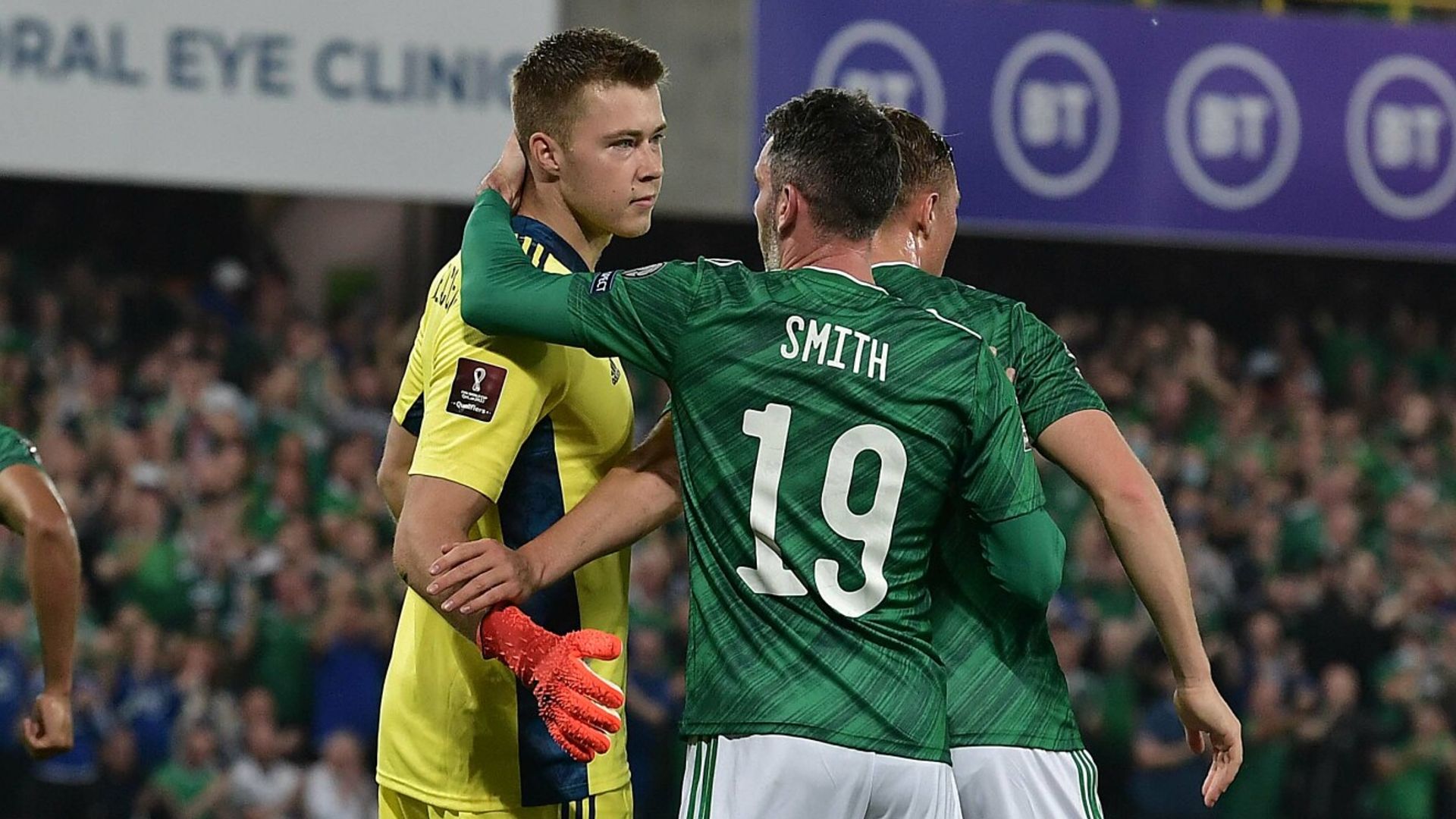 Bailey Peacock-Farrell’s penalty save earned Northern Ireland a point as they fought out an often intense but ultimately 0-0 World Cup qualifying draw against Switzerland at Windsor Park.

Peacock-Farrell ensured there would be no repeat of events four years ago – when Ricardo Rodriguez’s hugely controversial spot-kick for the Swiss ended Northern Irish hopes of reaching the 2018 finals – as he got down to keep out a Haris Seferovic penalty which had neither power nor placement.

And Northern Ireland were worthy of at least a point on a night when they looked the more threatening side from open play – thanks in large part to the energy and directness of Shayne Lavery.

Though their industry was not rewarded with a win which would have moved them up to second in Group C, a draw against a side some 37 places above them in the world rankings was another positive result for Ian Baraclough to build on.

Having made nine changes for Sunday’s 1-0 friendly win in Estonia, the manager switched back to the side that won 4-1 in Lithuania last week, with the exception of Ciaron Brown who replaced the suspended Paddy McNair.

Roared on by 16,000 fans, the first major crowd at Windsor Park since November 2019, Northern Ireland started the game on the front foot as they sought to put pressure on Switzerland.

Captain Steven Davis had highlighted Lavery – who got his first international goal in Vilnius – as the sort of player who would get the Green and White Army off their seats and he did just that after nine minutes.

Editor suggestion
Foremost Pictures pushes the arrival of 'Top Gun: Maverick' to May.

As Switzerland’s defenders left Craig Cathcart’s long ball to each other, the Blackpool striker skipped through to race at goal, though he could not quite get the ball out of his feet before shooting narrowly wide.

But the 22-year-old’s all-action approach was offering Northern Ireland a different sort of outlet, and giving the Swiss defence plenty to think about as the hosts built some sustained pressure.

It all threatened to go wrong just after the half-hour mark, however, when Michael Smith – already on a booking – was guilty of pushing Ruben Vargas to the ground in the area, with Austrian referee Harald Lechner pointing to the spot.

Up stepped Seferovic, but his penalty was too straight and too soft to beat Peacock-Farrell, who saved from the spot for a second consecutive qualifier after his crucial block kept Northern Ireland in front in Lithuania last Thursday.

Lavery was quickly back in action early in the second half, winning a dangerous free-kick when brought down by Manuel Akanji before Denis Zakaria was booked for stopping his run on the halfway line.

Switzerland were able to get more of a foot on the ball as the hour mark approached, carving out a chance for Seferovic which was comfortably held by Peacock-Farrell.

The intensity seemed to have dipped for Northern Ireland, and with Smith pulling up with an injury, Baraclough made a double substitution, sending on young Liverpool right-back Conor Bradley while replacing Conor Washington with
Dion Charles.

It was another substitute who had the next chance when the ball fell to him in the box, but George Saville’s shot on the turn was quickly charged down.

Daniel Ballard got up to meet a corner but could not get enough power in his effort, and that was the last of the clear chances as both sides accepted a point on the night. 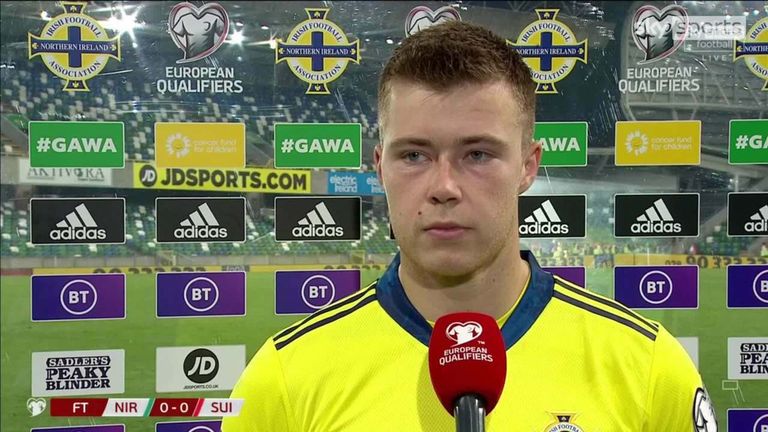 What the manager said… 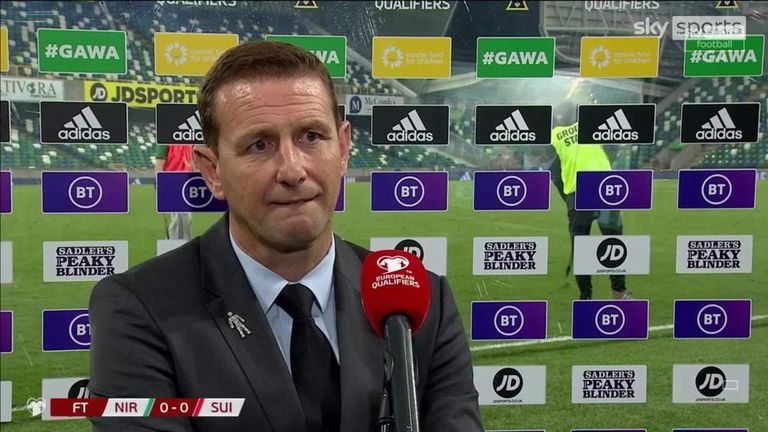 Ian Baraclough does not believe Switzerland should have been awarded their penalty Northern Ireland, but Baraclough was full of praise for his side’s threat and work rate in the 0-0 draw

Editor suggestion
What to think about bladder polyps

Northern Ireland manager Ian Baraclough: “You cannot knock our work-rate or endeavour, we were solid throughout as a team and they found us difficult to break down. I couldn’t be prouder of the players. The young players became men. There were no clear-cut chances apart from the penalty, which was debatable in my eyes.

“The guy got in front of Michael [Smith]. He had his hand on his back but there was no push there. By the time it happened, the ball was over everybody’s heads and was going out of play.

“It wasn’t stopping him getting to the ball. He threw himself to the ground because he knew the ball was going out of play.

Northern Ireland resume their World Cup qualifying campaign away in Switzerland on October 9 at 7.45pm before travelling to Bulgaria on October 12 at 7.45pm – both live on Sky Sports Football.